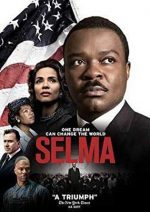 In honor of being closed for Martin Luther King Day on Monday, January 20th the ICL will be showing the film, “Selma” on Saturday, January 18th at 1 p.m.

Fresh popcorn and refreshments will be provided!

*This film is rated PG-13 for disturbing thematic material including violence, a suggestive moment, and brief strong language, so the ICL asks that anyone under the age of 13 be accompanied by an adult.